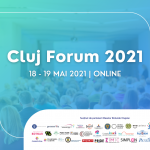 Between May 18-19, 2021, PATRIR, in partnership with over 15 non-governmental institutions and organizations, organises “Cluj Forum 2021”, a platform for debate on experiences and perspectives, successful initiatives and good practices for issues community of young people in Cluj. The event will take place online for two days, and aims to create a context that brings together the most relevant social actors in the field of inclusive education and youth well-being, through workshops for beneficiaries, discussions with the public and presentations. The main language of the event is Romanian, but there are also sessions in English.

You can register and learn more about the event on this page. You can also visit the Facebook Event. 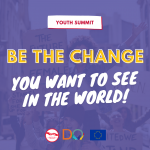 Shaping the Future of Europe: Youth Summit Event | 13th of May 2021

PATRIR would like to invite you to the “Shaping the Future of Europe: Youth Summit” event that will take place on the 13th of May 2021.  Shaping the Future of Europe is an online Youth Summit bringing together youth, youth organisations and organisations working with youth from across Europe and around the world. The Youth Summit will provide a platform for youth organisations and youth engaging across the continent to shape the future of Europe and bring forward their voices and their solutions on the most significant challenges facing us in Europe and in the world today. The Summit will be highly interactive, dynamic and engaging – with presentations, interactive sessions, and hearing from some of the most dedicated and inspiring youth working in their communities, nationally and internationally. The event is organised as part of the Shaping the Future of Europe Initiative of the Do One Brave Thing project.

You can register and learn more about the event on its official website. 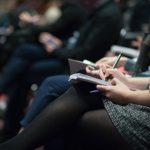 “The Other Side of the Story: Perpetrators in Change” Project

One of our main partners in Cluj, The Social and Medical Services Directorate (DASM), is currently implementing a European project together with the Association for the Prevention and Handling of Violence in the Family – APHVF, Cyprus, as Coordinator, and its partners, Bournemouth University (BU)- United Kingdom, Centro di Ascolto Uomini Maltrattanti Onlus- CAM, Italy, The Union of Women Associations of Heraklion Prefecture (UWAH), Greece, and European Knowledge Spot, Greece. The project is co-funded by the European Union’s Rights, Equality and Citizenship Programme (2014-2020). 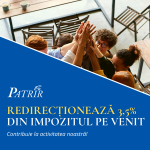 Redirect 3.5% of income tax and contribute to our work!

Every year, PATRIR, through its projects, strives to promote and strengthen democracy, to increase the well-being of communities, to promote gender equality, opportunities, security and innovation, but also initiate initiatives against radicalization, extremism and hatred, both at the level of locally as well as internationally. Contribute to this change, helping to fulfil our mission, by redirecting the 3.5% of income tax! You can find out more about the steps to follow here. 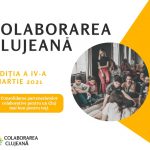 Each month, “Cluj Collaboration” brings you information about events in Cluj, Europe and around the world, as well as updates on future events, their reports and news about current projects, courses and conferences that may be of interest. This edition also contains a number of useful resources for you! The newsletter can be widely distributed – including to colleagues and partners – and is intended to help improve the exchange of information. We hope that this newsletter will be of interest and that you will enjoy reading it! You can read the 4th edition by accessing this link.

STIRE – Supporting the Integration of the Resettled
Activity Report

You can find the report here. 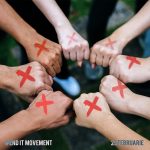 Globally, over 40 million people suffer from exploitation. Be it sexual exploitation, forced labour, minor trafficking, forced marriages or other forms of human trafficking, the victims of the phenomenon end up profoundly traumatized and, often without the protection and the services that they so desperately need.

You can find more about the campaign here: Romanian/English.

Save the Date: European Conference on Preventing Polarisation & Violent Radicalisation: How to Strengthen Resilience (Online)

The European Conference on Preventing Polarisation & Violent Radicalisation: How to Strengthen Resilience will take place online from 26 to 29 April 2021. It is organized by the CHAMPIONs project together with six other ISF-P funded projects. In workshops, lectures and panel discussions we aim at an Europe-wide exchange on current phenomena of radicalization and polarization as well as shed light on various possibilities for strengthening resilience in our communities.  We are looking forward to your participation. You can find more information here. 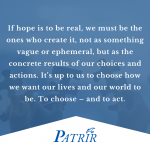 Dearest Friends and Colleagues Around the World,

2021 is upon us. We begin it with energy, inspiration and dedication.

Our world today is facing many challenges – armed conflicts, demagoguery, challenges to good governance, the global environmental crisis, attacks on the rights of women, rising extremism, fake news and hate and much more. Read here our commitment for 2021! 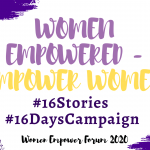 This year, PATRIR, in collaboration with more than 40 institutions, organisations and companies, organised several activities as part of the 16 Days of Activism against Gender-Based Violence International campaign, that took place from the 25th of November until 10th of December. One of the initiatives as part of the campaign is the #16stories by Women Empower Forum 2020. The initiative brings together stories of determined women across Romania that are empowering all of us to contribute to the elimination of violence against women and the promotion of women’s rights. You can find all the stories here! 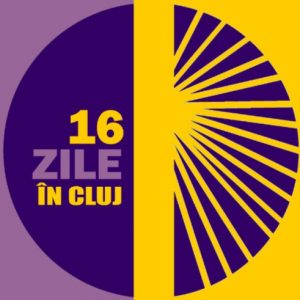 We are excited to present you the 16 days Women Empower Cluj Campaign from November 25 – December 10 2020. The Campaign is part of the Global 16-Days Campaign Against Violence Against Women, organised in Cluj by an Alliance of civic and cultural institutions, consulates, and companies.

The 16 Days Campaign in Cluj is committed both to overcoming all forms of inequality, discrimination and gender-based violence, and to practically, positively advancing women’s rights, gender equality and healthy relationships; to achieving real change on policy levels through the creation of the “Cluj Agenda 2030: Equality, Opportunity, Safety, Innovation”, to making a difference in people’s lives who have been affected by gender-based violence. It’s about raising awareness, empowering survivors, mobilising our commitment together as a community for a better future for all – and helping us all see how we can have a world based upon gender-equality, dignity and safety, and free from violence, trauma and abuse.

You can find more information about the campaign here. 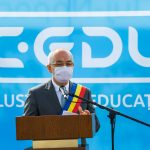 We joined the Cluj Education Cluster!

We are very proud to be a member of the Cluj Education Cluster, together with the City Hall of Cluj-Napoca, Transylvania College, the Cluj School Inspectorate and more. Cluj has always been about collaboration, inclusion, and coming together to do better together. For this reason, a superb initiative bringing together educational actors in Cluj was created in order to work to improve education for all children and youth – and hopefully through to adult education as well. Find out more information about it here. 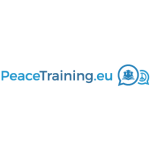 Looking for the most interesting training providers, courses or trainers on Conflict Prevention and Peace Building?

PATRIR was a partner in this project. Have a look at the website peacetraining.eu. 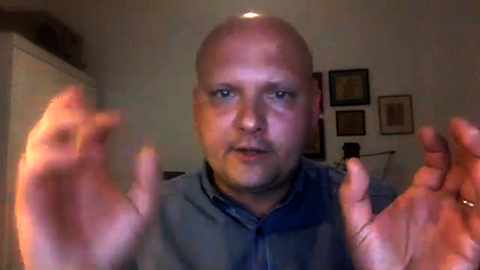 Peace Magazine Editor Metta Spencer interviews PATRIR Director of the Department of Peace Operations Kai Brand-Jacobsen on ‘peacebuilding‘. Over the course of an hour this wide-ranging interview covers the critical need for peacebuilding in the world today, ways in which peacebuilding can be done on the ground, experiences in north East Nigeria and the work of organisations like Search for Common Ground, the situation in Venezuela and much more. It is a tour de force from one of the leading trainers, practitioners and scholars in the field – an introduction to peacebuilding and overview of critical issues that should be shared and seen widely. As the interview continues it becomes more and more powerful and inspiring.

The Department of Peace Operations works upon request from conflict parties and local, national and international organisations and agencies to support violence prevention, peacebuilding, mediation, and post-war recovery. DPO experts include practitioners, analysts, diplomats, and others.

The International Peace & Development Training Center is one of the world’s leading providers of training, capacity building and professional development support for practitioners, governments, UN and local, national and international organisations working in peacebuilding, prevention, and post-war peace consolidation.

The National Peace Department works for a world in which young people share their belief that their attitudes and behaviors are decisive in resolving conflicts and waging peace, a world in which they can and do act upon that belief with the beauty, creativity and enthusiasm specific to their age.

“As a professional development practitioner I had taken many courses on Monitoring and Evaluation of Development Programmes/Projects. The training on Developing Strategic Tools for Measuring Impact and Effectiveness of Peacebuilding Projects and Interventions has broadened my knowledge and understanding of the tools and skills for systematic and structured ways for measuring Impact and Effectives of Pecebuilding Projects and Interventions. The training is very important and timely given to equip Civil Affairs Field Staff on Monitoring and Evaluation concepts, tools and processes.” 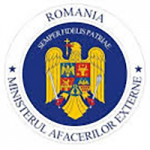 “…PATRIR is […] an example of going global from the local level. Based in the university town of Cluj in Transilvania, a multicultural setting in central Romania, in the past 10 years PATRIR has crossed boundaries and borders both geographically and mentally. The results and outcomes of its endeavors have been visible throughout the globe from Sudan, to Cyprus, to Kosovo and Northern Ireland to name a few.” 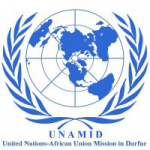 “I will not hesitate to unreservedly recommend this program [Systemic Peacebuilding, Conflict Transformation & Post-War Recovery, and Reconciliation (PCTR)] for all actors in the pecebuilding field. I dare say that without it you stand the risk of missing the mark, with it your chance of success in your endeavours are quite significantly enhanced!”