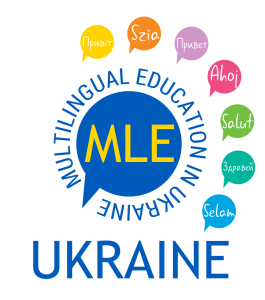 Multilingualism has been conceived and practiced as a tool for dialogue, building capacity and performance around the world, and has proven particularly relevant in multi-ethnic societies in need of dialogue and reconciliation. Following several positive experiences in the former Soviet region, and an expression of interest on the side of the Ministry of Education and Science of Ukraine, PATRIR has engaged since 2014 on an initiative to assess the context and later to pilot a multilingual education project (MLE) in three Ukrainian regions: Odessa, Chernivtsi and Transcarpathia.

Upon confirmation of interest in this initiative by the main stakeholders in Ukraine, the objectives were set as three-fold:

During this first year, several consultations took place in all regions, regional coordination mechanisms were set up and capacity building included the creation of a set of resources on MLE, a set of methodological recommendations for implementation of the MLE programmes in schools, and training of a group of about 30 teachers and educators in basic pedagogy of multilingual education. Additionally the project included an assessment of the class environment in the selected schools, the close monitoring of the changes that the MLE programme is enabling at school level and a video documentary on the experience of setting up an MLE system in a multicultural yet volatile environment in Ukraine.

The Multilingual Education in Ukraine initiative is part of the Crimea Policy Dialogue project financially supported by the Ministry for Foreign Affairs of Finland, as part of its Wider Europe Initiative. The project’s outputs do not necessarily reflect the views the views of the Ministry of Foreign Affairs of Finland as the donor of the project, or of PATRIR as the project administrator.

If you want to know more, please write an email to: [email protected].