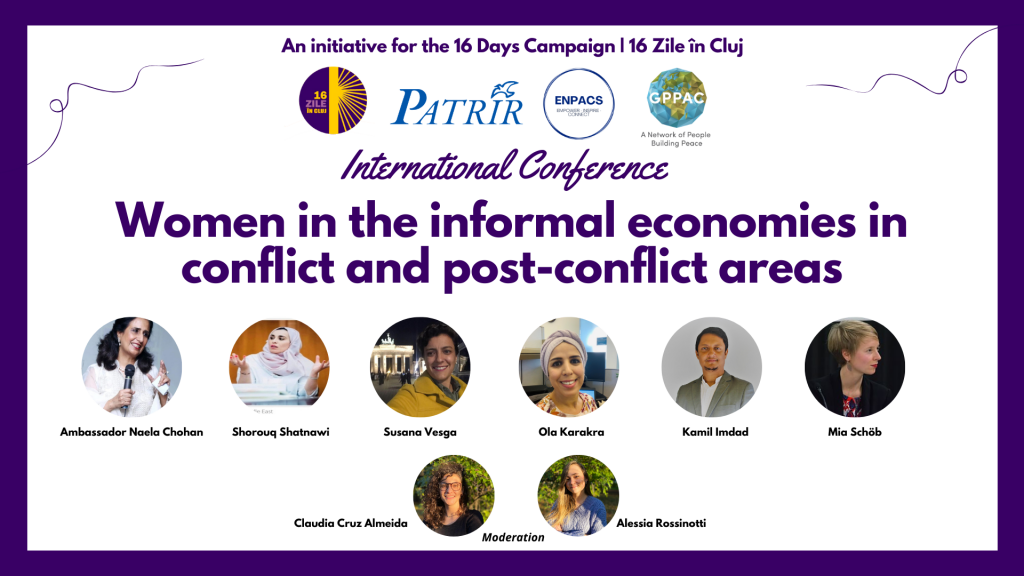 On the 11th December 2020 took place the International Webinar: Women in the Informal Economies in Conflict and Post-Conflict Areas.

This event was organized in the framework of the 16 Days Campaign by PATRIR (the Peace Action Training and Research Institute of Romania), in cooperation with GPPAC and ENPACS (the recently founded European Network of Peace and Conflict Students, a youth organization that aims to connect the next generation of peacebuilders).

The 16 Days of Activism against Gender-Based-Violence takes place every year from the 25th of November to the 10th of December with the purpose of organizing individuals and groups around the world to call for the elimination of ALL forms of gender-based violence against women. At this point it is important to emphasize the “all” in the sense that we do not direct our attention solely to physical violence, but also to psychological, economic and other forms of violence.

This year, the 16 Days Campaign focused on amplifying the voices of women workers in the informal sector. Matching with the 20th anniversary since the adoption of UNSCR 1325 on Women Peace and Security, we thought it would be a good opportunity to discuss how the experiences of gender, conflict and economy intersect.

Why this year’s 16 Day Campaign has decided to focus on informal workers? According to the International Labour Organization, 60% of the global workforce are informal workers, out of which 740 million are women.

When we talk about informal economies, to what exactly do we refer? Informal economies include a broad range of activities, such as motorcycle taxis, street vending, waste collection, unpaid care work, sex workers, home-based work, among many others. The fact that there is no clear definition about it, as Steven Schoofs has highlighted, leads to numerous adjectives attach to the concept hidden, parallel, clandestine, grey, underground, shadow, illicit, unregulated, subsistence, coping, non-monetised, alternative, illegal and so on. In summary, it could be said that informal economies are those that remain outside the regulatory framework of the State. We are aware that on certain occasions, State institutions reinforce structures of violence. However, at the same time, outside minimum guidelines and protocols, informal economies become a risk for human security, as it provides little or no access to social security or protection, and limited ability to organize to ensure the enforcement of international labour standards and human rights. There are also health and safety risks, including dangerous working conditions, gendered violence and little or none collective bargaining power.

In conflict situations, State fragility is exacerbated, which creates a nexus between informal economies and conflict-affected populations.

In Iraq, Robert Looney found that the informal economy was the only realm to survive the post-2003 period of instability. After the Civil War, in Somalia, many women turned to rubbish collection and/or prostitution, as their sole source of income to sustain their families. In Colombia, it has been also addressed the importance of ex-combatants integration into formal economies in order to guarantee a stable transition towards peace. For example, researches about the DDR process in the Central African Republic, the Democratic Republic of Congo and South Sudan, have determined that as gender aspects were not considered and women and girls were neglected beneficiaries of the re-integration programmes, women and the youth were absorbed by the informal sector because otherwise they would have been left without income or work.

In that sense, informal economies in conflict-affected environments need to be taken into account when promoting the transition towards stable and peaceful societies.

This reality has been exacerbated by the COVID-19 pandemic. The COVID-19 pandemic has also created a global crisis with huge socioeconomic effects. The adverse economic impact of COVID-19 has been most pressing for women, and particularly women working in the informal economy, which are amongst those most impacted by the measures to reduce transmissions, are paid less and bear the household burden and unpaid care work. Thus, in this panel discussion, we will be addressing how the situation in informal economies need to take a new perspective in the framework of the New Normality.

That is the main reason why we organized this event, to learn about experiences and best practices from different regions of the world and give space for discussion to find recommendations for this problematic.

We will be preparing and distributing a report about the conference in order to synthesize the key points addressed by the speakers. 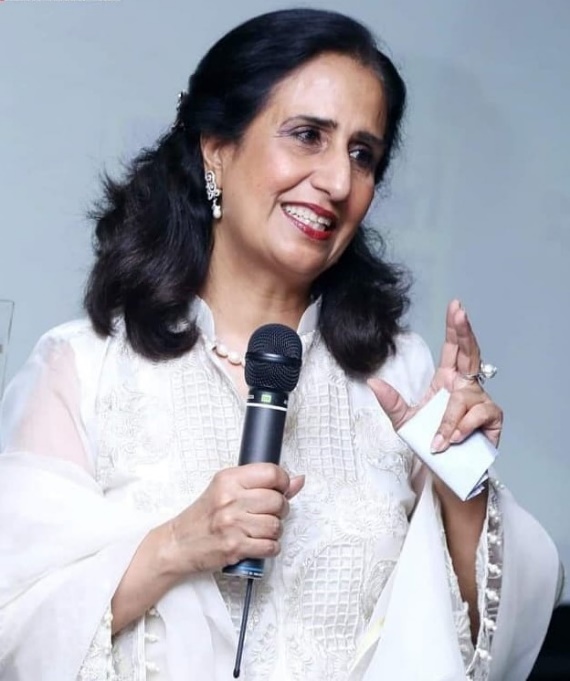 Naela Chohan, is a career diplomat and an artist. As a seasoned and veteran diplomat, ambassador Chohan has assumed a leadership position in eight different Pakistani diplomatic missions on five different continents.She is a hyperpolyglot with demonstrable fluency in seven Indo-European languages including Persian, French, and Spanish.

Along with only a handful of other diplomats, Naela Chohan represents the first and senior-most cohort of women to rise to the highest echelon of Pakistan’s Ministry of Foreign Affairs. She was the first female foreign diplomat to be formally received by the Iranian government after the 1979 Revolution.

Beyond her diplomatic career, Ambassador Naela Chohan is a strong advocate of Women’s Rights, peacebuilding and interfaith harmony with the inclusion of minorities and women in the processes. 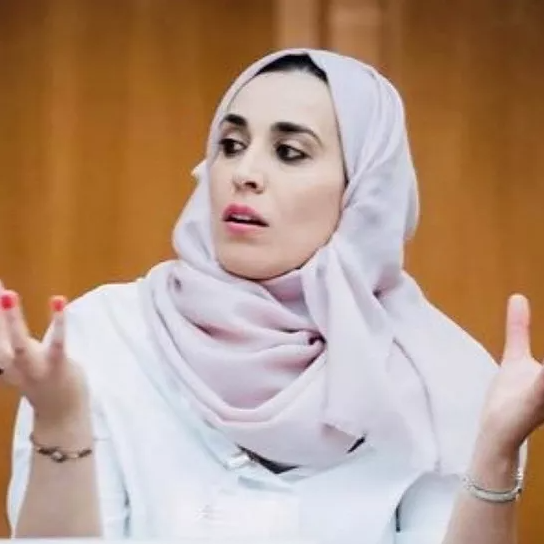 Shorouq Shatnawi has a powerful story of superation and empowerment. As a woman in a male-dominated society, one of her personal achievements was moving to the capital and building her professional career. Where she could find better economic opportunities and better career enhancement. She succeeded in inspiring her local community to respect women’s choices, ambitions, and their needs. Her experience and many other similar stories had led to change the traditional norms that limit women’s access to economic resources.

At a professional level, she is a specialist in the Women, Peace and Security Agenda, and the implementation of UNSCR 1325. She is a Consultant, Trainer and National Gender Adviser for Jordan. She speaks Arabic, English & French, which allows her to work at a global level, such as her participation as IVLP Fellow at Women Leaders- Peace and Security(USA). She is a Certified Gender Auditor by the International Labour Organization(Italy), Certified Election Observer by the Arab Women’s Parliament(Egypt) and member of the Arab Women’s Parliament(UAE).

Shoruoq is the founder & the director of #Shoura for Building National Consensus (Shoura BNC). A women-led, Jordan-based newly established NGO.

Susana Vesga is an Economist finishing a Master’s degree in Economics. Currently working at Christian Aid Colombia, mainly managing a project that seeks to find political solutions for the transformation of war economies into peace economies, with experience in working with communities and in the development of both qualitative and quantitative methodologies. 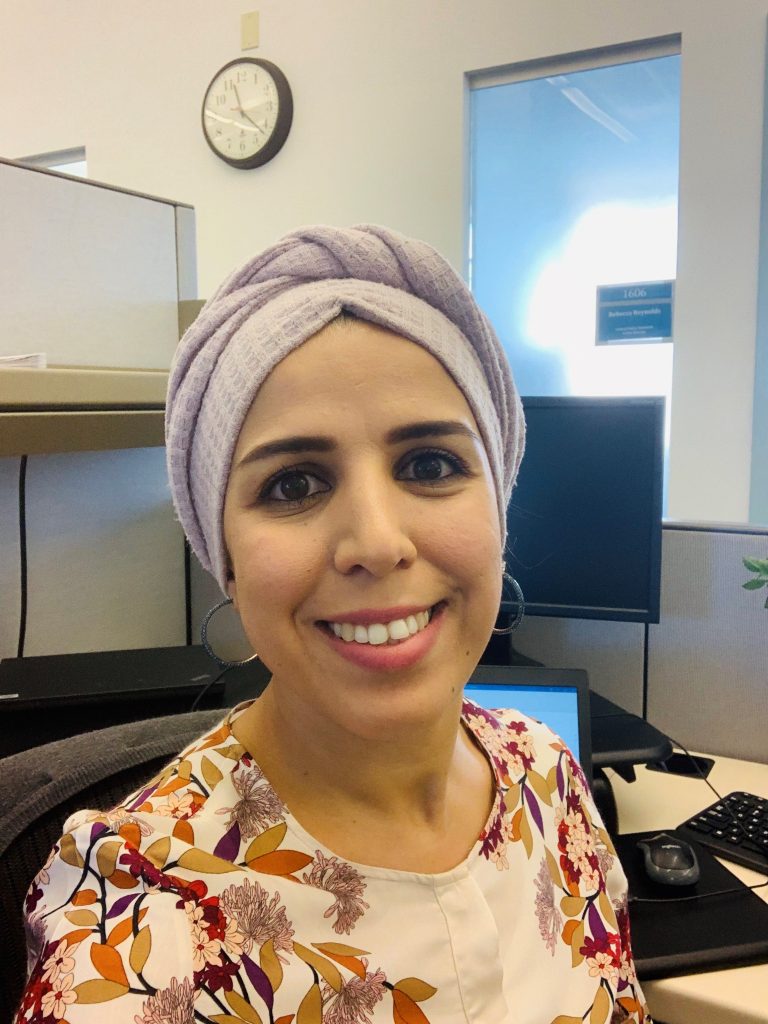 Ola KARAKRA, MBA, PMP has been working in large development programs for more than 13 years, of which 6 years in local governance & community empowerment and 7 years in poverty reduction through livelihoods improvement, economic empowerment, and markets development in crisis & conflict countries.

Currently, Ola leads the Women’s Economic Empowerment Pillar in UN Women Afghanistan. Capitalizing on an intensive and hands-on experience in poverty reduction and livelihoods improvement, in Palestine, Jordan and Iraq, she formulated and managed several programs in the past years. Ola worked as a Local Governance Expert with the Japan International Cooperation Agency(JICA) on local governance improvement and community empowerment. She managed several projects while working with UNDP PAPP to help to combat poverty. Later, she worked in the Arab Women’s Enterprise Fund. In UNDP Iraq, Ola led the Livelihoods component in the Funding Facility for Stabilization for three years.

Ola holds a bachelor’s degree in architectural engineering and a Master of Business Administration from Birzeit University/ Palestine along with Project Management Professional(PMP)Certificate.

A.J. Kamil Imdad is a sociologist who is the Project Director of an organization called GAFSO, which serves the people of eastern Sri Lanka. With 15 years of experience under his belt, he is working in various projects in the region, mainly village development projects, helping entrepreneurs on business development, peacebuilding projects, prevention of gender-based violence, community policing, health & education.

He is also the president of the Federation of Civil society council in the Sammanthurai division & served many positions in civic organizations. 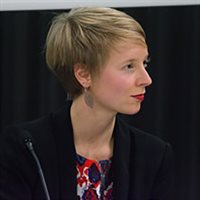 Mia Schöb is a PhD candidate in International Relations/Political Science at the Graduate Institute in Geneva, and Associate Researcher and Gender Focal Point at the Small Arms Survey. She is also an Affiliated Researcher for the Latin America and Caribbean Centre (LACC) at the London School of Economics and Political Science. Mia’s research interests pivot around gender and violence, armed group dynamics, peacebuilding and DDR, transitional justice, memory building and identity construction. In her dissertation, she examines reintegration processes for ex-combatants of non-state armed groups in the context of Colombian peace construction and state-building.

© The Peace Action, Training and Research Institute of Romania (PATRIR) 2022 All Rights Reserved